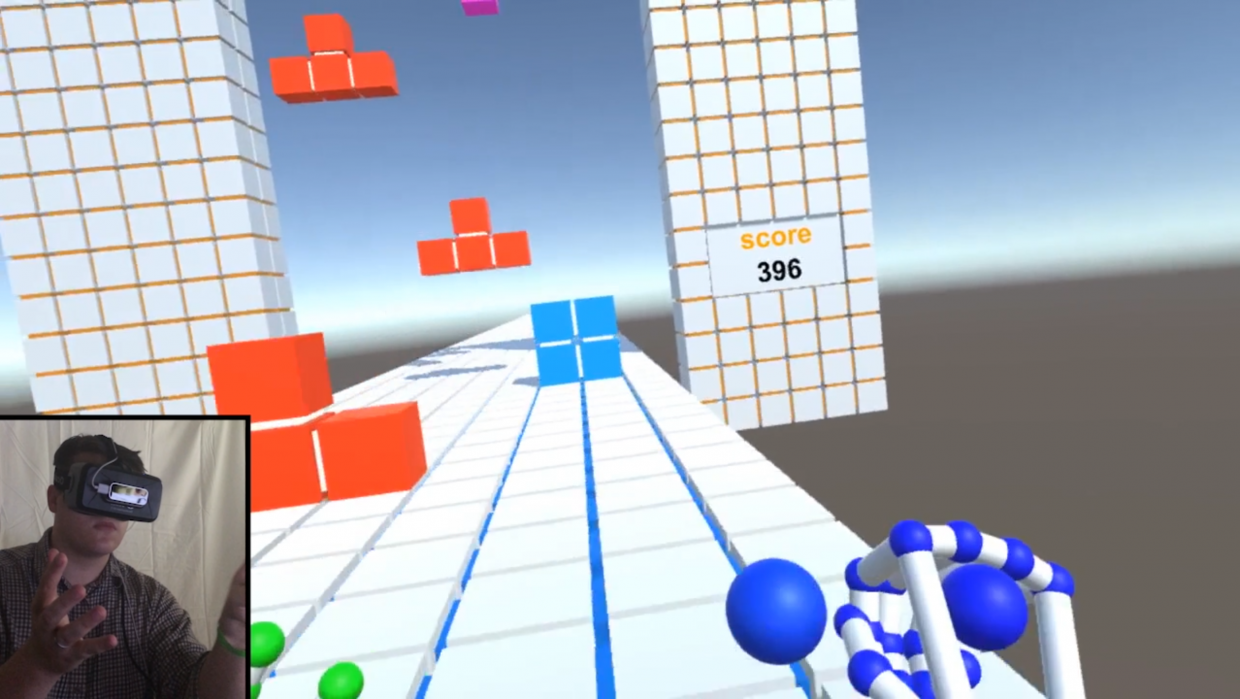 I picked up a DK2 in fall 2014 and built a few little programs for it. As a fan of UX I always felt limited with how I could interact with the virtual space. When Leap Motion released their Orion software update I jumped at the opportunity to play around with UX that it promised. I was able to grab a leap of Ebay for $25 and it was definitely worth it.

I first designed and built a system for moving around a 3d space by only using one hand. The reason for this is to have the other hand available for interaction with the scene. As you can see in the video below, towards the end I grab ahold of the cube and am able to move it to a different place in the scene. This is possible because I limit movement to a single hand.

After I had built the system for moving I wanted to throw a game together. I built an endless runner inspired by Tetris. It was a fun little build and it turned out pretty great. The only real problem I ran into was when Microsoft did a forced update to Windows 10 and it broke all of my drivers.