I was looking around some old folders and I found this little gem that I had forgotten about, JETPACK MONKEY! This was from back when I was creating Swirlz and I wanted to expand the universe for those characters. In Swirlz, the characters were just part of the story and not the gameplay.

In Jetpack Monkey, they are front and center. I hadn’t fleshed out everything but it is a side scrolling adventure game where you use a time machine to travel to different eras.

The character design was made to be simple and all of the characters/environments were created with vectors. The detail on the characters isn’t the greatest, but they were designed to only be seen very small on the screen. 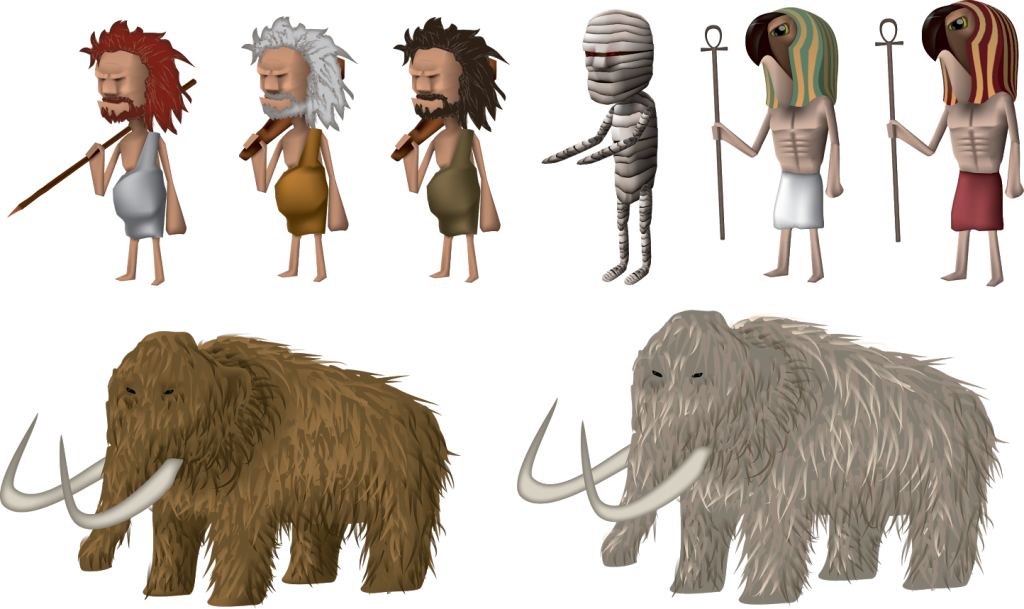 Looking back at the environments makes me what to flesh out this game and at least see whats possible. I had only created the egyptian and stone age.

I also drew some frames of test walk animation for the monkey.