I think I’m a little late to the party!
What happens when you come up with an game name before game mechanics? Flappy Unicorn Turd!

As I thought about the state of apps and how they have influenced game development, I couldn’t help but create this app. It seems like the app stores are filled with so many turds nowadays and everyone is just hoping for their unicorn. 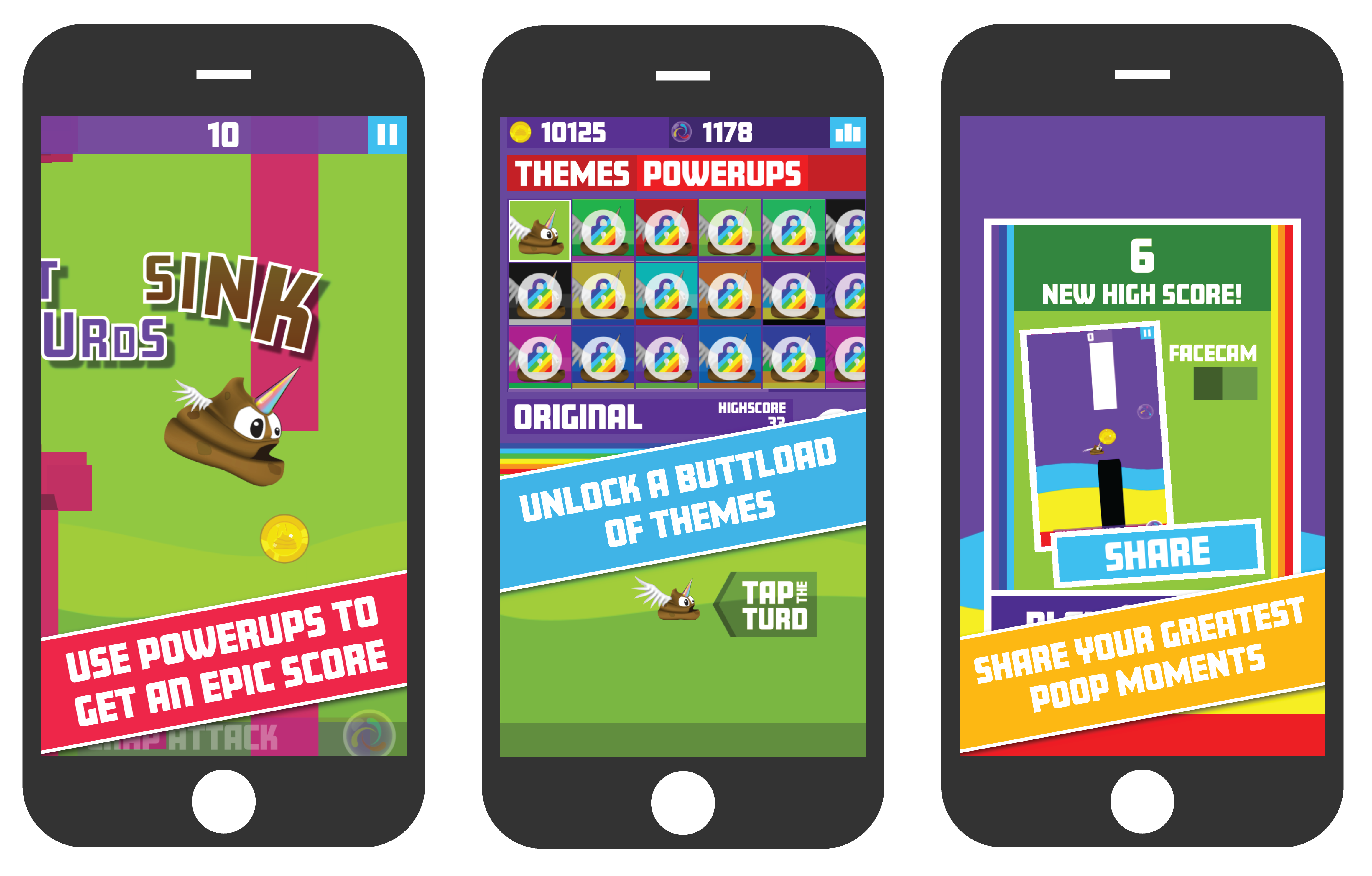 This is basically a flappy bird clone but with powerups and a little more soul.

Unfortunately Apple didn’t find my irony funny and they banned my app from the app store. I had to recreate the app as Flappy Unicorn Icecream in order to be accepted by the Apple overlords. In the process, it lost all of it’s soul and it was very difficult for me to finish working on. It gave me a little glimpse at the power of censorship. While I am a professional iOS developer I will always be grateful to android for giving developers a less censored means of expression.

Because I built the app in Unity as a cross platform game, you can still download the ‘Disgusting and Insulting’ (as Apple labeled it) version from the Google Play Store.